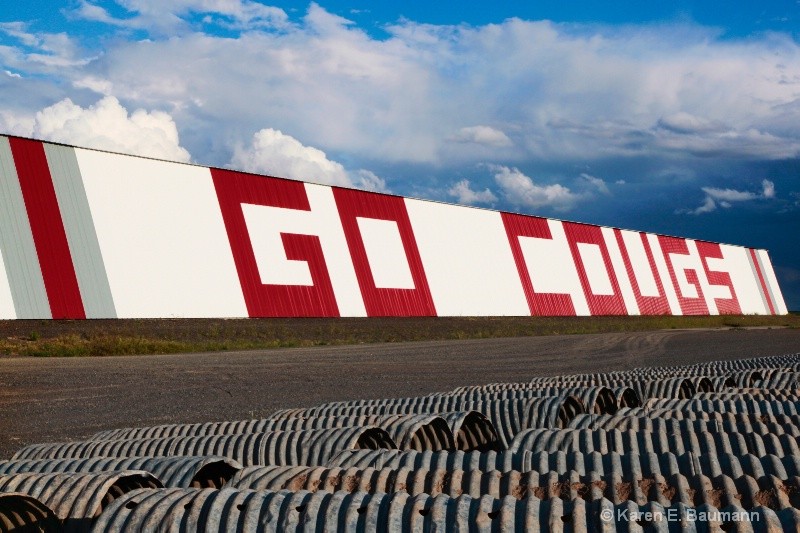 Johnson Agriprises has been a local farming operation for over a century. Since 1906, starting with Arthur Johnson, the farm has been in the family passing from generation to generation over the years.

The Johnson Family emigrated from Sweden to California. In Sweden the farming season was relatively short because of how far north Sweden is located. When they moved to Yuba City, California, they had to farm 12 months of the year. Looking for a farming season that was longer than in Sweden but shorter than in California, after harvest in 1906, the James Johnson family loaded up their mules on to a train and moved from California to Eastern Washington. Orman and Gavin Johnson’s father was born here in 1910.
In the mid-1950’s, they received their first water to start irrigating some of their farm. They started growing potatoes in the mid-1960s. Following a few years later, they started growing potatoes for Lamb Weston. Johnson Agriprises continues to grow potatoes for Lamb Weston today. In 1971, the family corporation, Johnson Agriprises, was formed.

In 1999, they expanded into the organic crop market. It was and still is a challenging endeavor. Recently, Johnson Agriprises signed an agreement with Progressive Produce to supply the majority of US Trader Joe’s with organic mini-red, yellow, and purple potatoes for half of every year. Orman stated, “We are in partnership with Brad Bailie for that supply.” One of the biggest challenges they are faced with is the need for a more reliable water supply in the near future with Orman saying, “the Columbia Basin Project water supply is needed to replace our depleting wells.”

In recent years, an addition to their agricultural business was the purchase of Pacific Produce in Bruce. As their business continues to grow, so does their family history. Orman and Gavin Johnson are part of the 3rd generation; Frank and Tami Baxter (Orman’s daughter and son-in-law) and Nick & Kate Johnson (Gavin’s son and daughter-in-law) are a part of the 4th generation; and many grandchildren have established the 5th generation on this family farm. And if you didn’t already know, the Johnson families are big WSU Coug fans – many have stopped to take pictures at their “GO COUGS” potato shed on highway 26 between Othello and HWY 395 on the way to Pullman. Johnson Agriprises is located at 1010 S Johnson Rd Othello, WA.