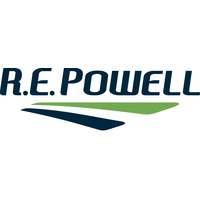 RE Powell is a privately-owned company and is one of the largest in Washington state. Originally started in 1980 by Gary and Annette Christensen when they purchased the company, a small fuel distributor located in Grandview, WA. Over the last 38 years the company has grown to over $350 million in annual sales. President of the company is Tony Christensen, CFO Dan Breen, and owned by the 7 members of the Christensen Family. They have 250 employees.

RE Powell has 4 types of services: Commercial - focuses on the sale and distribution of fuel, lubricants and propane to a broad range of small-large commercial/industrial customers. Retail Sales – they are a distributor for Chevron, Shell, Philips 66, Tesoro, Motorcraft and ExxonMobil. In addition, they supply fuel to over 200 retail fuel sites located primarily in Washington and Oregon. Fleet Cards - they supply small-large sized fleet operators with fuel access cards, which provide access to fuel to large networks of both commercial card lock and retail fuel sites. Common Carrier - fleet of bulk transport trucks, which support the bulk fuel and lubricant hauling needs of Christensen’s 3 core operating divisions.

RE Powell is a family owned business and the roots of the company remain in its core fuel, lubricant and propane distribution business. The company also ventured into the ownership and operation of convenience stores (AmeriStar), Fleet Card (AmeriFuel), and select residential and commercial real estate including self-storage units (AmeriStorage), car washes, 1 truck stop (Gear Jammer located in Yakima), and a car dealership (Mid Valley Dodge Chrysler Jeep Ram located in Grandview). The company’s growth and success has benefited from prudent financial management, whereby Gary and Annette routinely reinvested most and sometimes all available funds back into the company, as well as making prudent opportunistic acquisitions to fuel the company’s growth.

RE Powell’s Purpose is – To be a company where passion for life grows as a result of celebrating our successes and failures, discovering our unique talents and shortcomings, and bringing out the best in each other. Unlike a goal or strategy, Christensen’s purpose is not meant to be fulfilled or achieved; it is like a lighthouse on the shore guiding the team to a brighter and better future.
RE Powell’s Core Values are – Be Courageous, Do What I Say I’m Going to Do, Enjoy Serving Others, and Have Fun. Serving to channel the energy and creativity of its team members, RE Powell’s core values guide its team members behaviors. RE Powell strives to provide value for their team members, customers, and shareholders.

RE Powell Distributing office is located at 1060 Jadwin Ave Richland, WA 99352. To place an order, become a new customer or for inquiries, please call 509-882-2115. To learn more about the company and the services, visit their website christensenusa.com